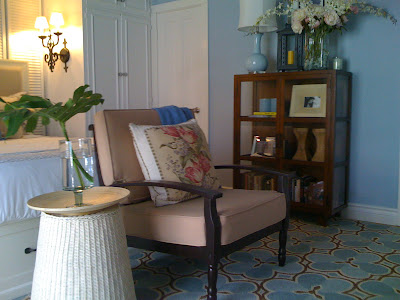 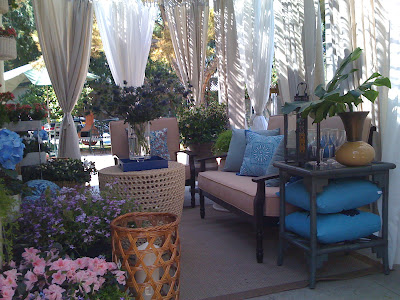 Well, back in the City of Angels after my small trip away (NYC & Chicago)...more on that later. While I was gone, a few RMS episodes aired.
Melissa & Chip were on the right path.  They new EXACTLY what they wanted and Chip even started on their vision as a gift for Melissa.  They just needed a little guidance to ease them into their ultimate goal.  The whole experience was a pretty emotional one.  Spending time with both of them was a total blast and they were so open, giving and up for anything, but the most surprising aspect of the whole process was how emotionally invested they were (especially Melissa).  If you saw the episode, you know what I mean.  It was incredibly touching and really drove home the point for me, how important space is for people.  I have always known that, I've seen it for years in my own life before I ever did it for a living, but to see it in such a real and almost tangible way right before your eyes is just...well, moving.
The O'Neil's treated us like family in their home, even making a delicious dinner and giving each and EVERY person on the cast and crew a personal gift!  I know I say this every week, but SERIOUSLY people...how AWESOME are our homeowner's and how great is my job?!
Melissa & Chip were inspired by some pretty great Rate My Spacers:
DANA's plantation shutters were inspiring for their Island Style, but they didn't want them covering their French doors....this was THE perfect example of how inspiration doesn't mean copying.
CINDY's white washed armoire combined the style they love along with the
practicality of storage in their small bedroom!
JEN & RON's outdoor living space was SO inspiring for Melissa & Chip!  They wanted an outdoor room that was an extension of their  bedroom and something that is stylish and comfortable.
As always, the incredible team of Jared, Danny, Rupert and Jen helped to make this makeover as breezy as their love of Island Style...I KNOW, totally dorky sentence, but I just had to.  I am a geek after all.
RESOURCES:
-SHUTTERS, PAINT, CEILING FAN, ALL LUMBER FOR ARMOIRE BUILD:
(Wall and ceiling color is VALSPAR EDDIE BAUER: EB32-4/Shale in flat)
www.lowes.com/ratemyspace
-BED & RUG: www.potterybarn.com
-WALL SCONCES: www.lampsplus.com
-WINDOW SHEERS: www.thegreatindoors.com
-GLASS DOOR CABINET & PILLOWS: www.crateandbarrel.com
-LIGHT BLUE TABLE LAMP & OUTDOOR ROUND COFFEE TABLE: www.zgallerie.com
-BEDDING: www.anthropologie.com AND www.target.com
-OUTDOOR FURNITURE & CHAIR AT FOOT OF BED: www.target.com
-OUTDOOR DRAPES: www.ikea.com
-OUTDOOR PILLOWS: www.westelm.com
-ACCESSORIES: www.homegoods.com AND www.target.com
Go Forth & Design Well!
-angelo surmelis
Posted by angelo at 7:45 PM

Angelo! This is Jen, the better-half of the Jen & Ron inspirational homeowner team ;). Chip & Mel's rooms looked SO great! The whole experience was a blast! If you ever need an additional hand on your production team- email me!!! jensoffice@yahoo.com

Hey Angelo! Do you remember where you got the bed for Mel and Chip's room? I love the head board and the storage platform!

It's from Pottery Barn. The full product list is in the blog entry for this episode.