...shots of Chicago
The Art Institute of Chicago grounds.  The museum and the grounds were designed in 1892 and the building was constructed for the 1893 World's Columbian Exposition.  The museum is also associated with School of the Art Institute.  The collections are as impressive as the building and grounds, if not more so.  It is one of America's premier fine art museums and it's location on Michigan Ave., next to Millennium and Grant parks along with the lake make it a stunning place to visit and get lost for hours.  Thursday evenings are free. 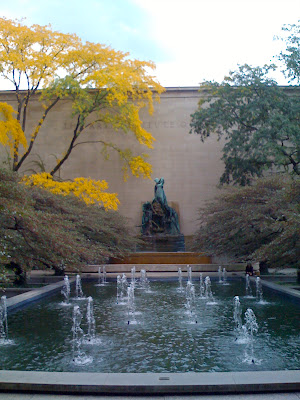 Wrigley field...home of the cubs (please, don't ask.  I am a fan and I am OK with that). It was built in 1914 and originally known as Weegham Park the Chicago Whales baseball team before being called Cubs park from 1920-26 before it finally got renamed for then Cubs owners and chewing gum "ruler of the world" William Wrigley Jr.  A must see if you're in the city & baseball fan.  It's a pretty incredible place to see a game. 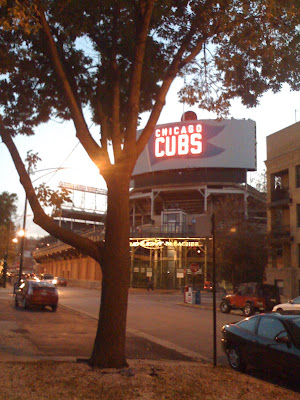 The Wrigley Building was built to be the corporate headquarters of the Wrigley Chewing Gum Co.  They broke ground in 1920.  it was designed by the architectural firm of Graham, Anderson, Probst & White.  Inspired by tower of Seville's Cathedral along with French Renaissance details.  The 425ft south tower was completed in 1921 and the north tower in 1924.  There were walkways added at the ground level and the third floor.  Another walkway was added on the fourteenth floor in 1931.  The building is covered in glazed terra-cotta,  which provides a gleaming white facade.  At night, the building is brightly lit with flood lights and seems like it's glowing.  This was also Chicago's first air-conditioned office building.  Walking through the center doors of the building, you will find yourself in a secluded park overlooking the Chicago River.  It's a great place to have a quiet lunch. 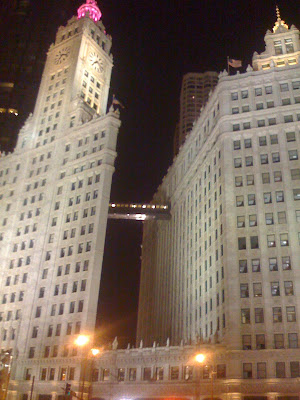 Millennium Park is in the heart of the city within walking distance to the lake and next to the Art Institute.  It was completed in 2004.  Admission is free and features a Frank Gehry designed pavilion and the Cloud Gate (seen below) also known as "the bean" designed world-renowned artist Anish Kapoor and it is his first public art piece in the United States.  The park is also home to a Plaza and Ice Rink (in the winter), Lurie Garden, BP Pedestrian Bridge, Wrigley Square and so much more.  It is stunning and a MUST see when you're in the city. 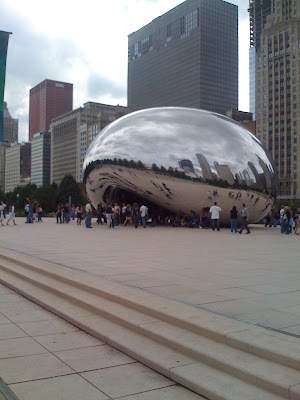 another view of the art institute gardens 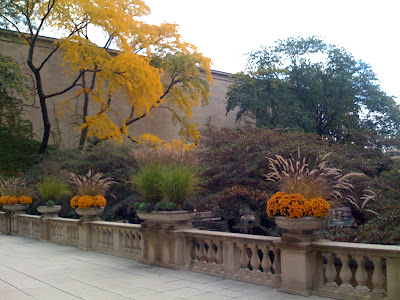 I grew up in Illinois and spent many years going into Chicago and then finally moving into the city when I was going to College.  Much of the city has changed and yet some things have (thankfully) remained exactly the same.  What struck me most about what has changed is that the city seems to be getting better looking.  It's like someone you dated in college and then you lose touch, years go by and then you run into them.  You recognize them, but you're also a bit taken aback.  How can they be better looking than you remembered?  Better than when they were with you?  How is this possible and who is enjoying this new look now?
I even did some touristy stuff like taking the river boat architectural tour and the double decker sight seeing bus.  I have to say, even for someone who "knows" that city, I was surprised to see certain landmarks in a new way and discover some new information about a city I thought I knew.
-angelo surmelis
Posted by angelo at 11:14 AM

I particularly enjoyed the last picture. That would really make a beautiful painting.

Grass surrounded by chrysanteums is so going in my urn out front. Again you inspire.

Cool photos! I've only been to Chicago once and it was only a quick weekend trip. I really wanted to go to college there when I was younger but it never happened. I hope to get back there someday to explore.