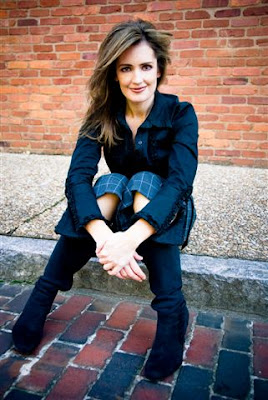 Someone you should know.
My friend and incredible author, Jennifer Niven. 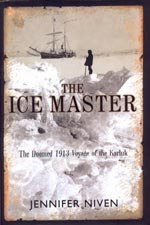 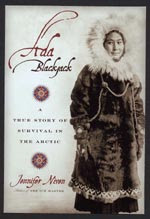 The "ICE MASTER" & "ADA BLACKJACK" are 2 of Jennifer's well received and very popular books of non-fiction that are already out there by HYPERION.   Amazing reads for all those of you that love well written adventure and human saga.  ENTERTAINMENT WEEKLY picked "The Ice Master" as one of it's top ten non-fiction books of 2000 (when it came out) "...Into Thin Air meets Titanic."
"Ada Blackjack" was praised for being "As brilliant and multifaceted as sunlight on new snow." 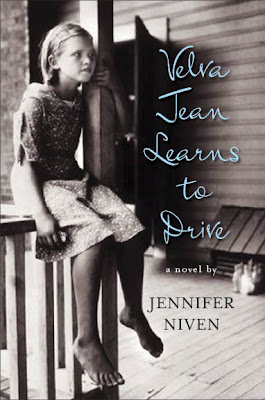 Great writing and writers are like catnip for me.  It's one of those things that captivate and engage me fully.
I am a bit in love with books.  Everything about them.  The way they look, the feel of the paper, the different typefaces, their scent and how they feel in your hands.  Don't even get me started about the feeling I get when I walk into a bookstore!
That being said, indulge me for a minute while I boast about my dear friend and amazing author, JENNIFER NIVEN.  She's the type of writer I would read and be excited about even if I didn't know her...and believe me, knowing her makes her talent that much more impressive.  Jennifer is one of those people that makes what she does seem easy.  "Of course I can write that,"  You'll think as you read her work, but the beauty of her talent is that you can't (or at least I can't) because she is truly gifted, insightful, talented and pretty much too groovy for words.  Don't take my word for it, check out her site, her previous books, her story and her 2 new ones coming out in 2009.
www.jenifferniven.com
You'll be hearing more about her from others as well...
-angelo surmelis
Posted by angelo at 6:22 PM

WOW! She is as beautiful and talented as you! Are all your friends like this? I'm a little envious and excited.
-jt

I had to read this blog entry twice! I have both of Jennifer's books and loved them! I can't believe you both know each other and then I can believe it. This is so cool. I am looking forward to her new books. CONGRATULATIONS Jennifer!

Thanks for the info Angelo. Jennifer's site is really interesting. I am really fascinated with her books and I think am going to buy them. It's nice to see how proud you are of your friend.

This is so cool.

I love her current books and now I can't wait for the new ones! LOVE your show Angelo.

This is such a cool thing. I actually have the "Ice Master" and have enjoyed the book. I was unaware on Ms. Niven's other book out. Also, good to know about the upcoming books. Quite fascinating and interesting that you two are friends. I would love to know about that.

Jennifer seems just lovely and she must be if she's your friend. Thank you for the info. I will definitely check out her books.

Thank you for the info! Jennifer seems way cool and talented. Now I am planning on getting some new books! Thanks for the recommendation.

Jennifer is quite a woman! Loved reading all the stuff on her web site and now I am very intrigued in reading her books. You guys make a great team. It's a bit unnerving having two people that are that talented and attractive be friends. NOT fair.

Jennifer is lovely and I actually have read her books. Excellent news about upcoming projects. It's so cool you guys are friends. You are one of my favorite TV personalities. Thank you for the jennifer news.

Incredible info! I am so stoked to read her books. She seems fascinating. Thanks Angelo.

How awesome! I read Jennifer's first book and found to be fantastic. Looking forward to the new stuff! What a wonderful and pleasant surprise to find out you know each other. Happy Holidays.

I have never read any of Jennifer's books, however will ensure one goes on my Christmas Wish list.

Did you know that 'Designs by Gollum' is that of another Author who goes under the pen-name of Michael Lee West?