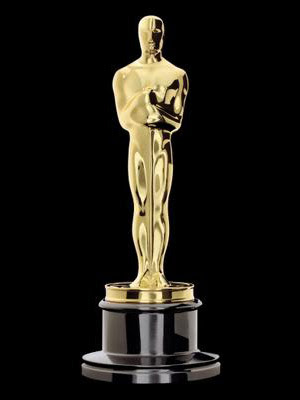 Are you going to watch?
Did you watch?
What did you think?
Posted by angelo at 1:27 PM

Email ThisBlogThis!Share to TwitterShare to FacebookShare to Pinterest
Labels: Oscars

I used to watch but then we got cable and quit going to the "cinema" and then we quit ordering the movies up for money and waited until the just show up on HBO. So not having seen any of the movies makes the awards seem silly. We were also just talking about how we don't watch Miss America any more but it used to be a big family event. Funny how we change over the years...

I will be watching and happy for whomever wins. I think it's impossible to judge creativity so I am one of those people who are like. "Just happy to me nominated." If I were nominated. I have more of a chance of being abducted by aliens.

Anyway, love watching and happy for all of them there. What a thrill in their career!

This is my MOST favorite night of television!! I'm in bliss just watching the red carpet special! :-) L~

I will be watching for sure. I really want Slumdog to score some oscars. Kate Winslet is definitely getting an award this time. I think she is a wonderful actor, and a smart and intelligent person.

YES! I will definitely be watching. I agree with Samantha & Tomarie. This is THE most exciting night of TV for me. I am so happy for everyone there. It's just exciting to see talent being celebrated.

I know one day we will see you at the Emmys.

it seams i am a minority. i don't plan on watching. not an anti-oscar. just, you know, other things...late supper, time in my studio, then, when i finally sat down, we settled in with the history channel. i worked on the computer and tried my best not to get worked up about my new job i start tomorrow. it appears not to be working since i comment on it where ever i go.

I rarely watch awards shows. I may pop in now and then to watch for a few minutes. I like looking at the red carpet pics the next day :-)

Actually, now is one of those "few minutes" moments.... LOVE Queen Latifah's blue dress!! Thats my next-favourite colour after purple :-) And really like the song she's singing too....

I am watching the Oscars right now. Sean Penn just gave a great speech for Best Actor for his portrayal of Harvey Milk! Slum Dog Millionaire just won for Best Movie. I haven't seen either movie yet. I have seen Doubt and The Reader, both outstanding in my opinion. I LOVE the Movies! Angie

I watch the Oscars every year, and this year - tonight - was no exception. Wasn't it fantastic how they acknowledged the nominated actors and actresses?! Phenominal!! I was in tears, as were the actresses :-) And then your Kate one, Angelo!!! Fantastic!

I hope you enjoyed the show!
Victoria - one half of DesignTies

I just returned home from an Oscar fundraiser for AIDS which was a great success and a lot of fun. The highlight for me was the acceptance speeches of Sean Penn and screen writer Dustin Lance Black. Very courageous and moving.

I don't watch nearly enough movies to be able to make a good prediction of who deserved an oscar or not, but I did thoroughly enjoy Slumdog Millionaire. I may force myself to go see some of the other big winners.

As a huge movie fan and a fan of talent, the Oscars are always a great testament to both. Great show! It was so fantastic to see past Oscar winners salute the nominees individually and speak to their performances. I don't know how you can eve choose. So much talent.

Hugh Jackman was perfect, the Kodak Theater looked incredible and my Kate won! I think the producing and creative team putting this monumental show together did an awesome job.

BIG CONGRATS to all nominated and to the winners!

LOVED THEM! I thought the whole show was just wonderful and I agree, having previous winners honor the nominees was so great and quite emotional.

How cool and how cool was the show? I loved it.

I must confess I only watched the 'red carpet' coverage (then recorded the rest). Like so many others I haven't seen most of the movies, so will have to talk 'Fashion'.

It's a breath of fresh air to see the return of Hollywood Glam 'n Glitz. Designers often claim 'what you see on the Runway, you will be seeing in our homes'. Whether there is truth to that statement remains to be seen.

Sooooo, my vote for the Evening Gown category goes to Taraji Henson. (Her necklace was also fabulous.) Not only is she one talented actress but she has impeccable taste. (Not to sound catty but The First Lady could certinaly take a few lessons from her.)

Until I watch the complete tape, that is my take on the Oscars.

kate is so amazing. i really enjoyed her speech, and she leaves me breathless. such grace and class.

all in all, i thought it was a great show. one of the better ones in the past years.

The BEST Academy Awards show EVER! The production designer and music director were outstanding! The production was FAB! And Hugh did a REMARKABLE job!
More of the same next year PLEASE!
ENJOYED!
Fifi

I could not watch them because I'm going to classes on the weekends, but I read the reviews and checked pics and I have to say, that Penelope 1950s dress was SUPER gorgeous!!!

Loved it all! Your Kate story was beyond wonderful and when she won I screamed!

The Oscars were wonderful--Seeing old clips of past winners, Hugh Jackman was incredible--I didn't know he could sing and dance, too. But the best of all for me was Jerry Lewis receiving the humanitarian award. He is my all time favorite entertainer, and I was so happy that he was recognized for all he has done!

I wish they would give Oscars for best acceptance speech...Dustin Lance Black would win hands down!

I always hate it when I come late to a party....

I love the Oscars. I actually love all awards shows, but my spouse has a short attention span so I really only get away with live viewings (we DVR most stuff) of the Oscars and the Emmys. I watch for a myriad of reasons - the dresses (a frequent refrain in our house is "OMG!! What is she wearing!?" For both bad AND good), the production, the humor (I love the humor), and to see who won and how they acknowledge their wins. You can tell a lot about how a person deals with expressions of gratitude. To that end, I'd put Dustin Lance Black and Sean Penn at the tops of their game. But what can I say, I'm a commie homo-lovin' son of a gun. ;-)