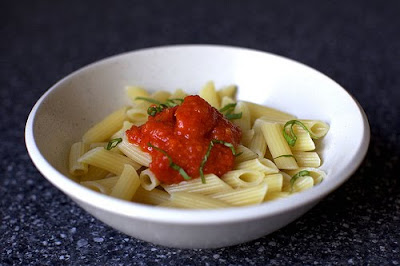 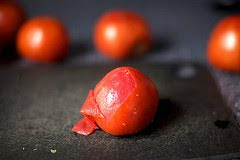 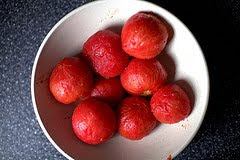 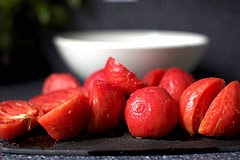 I owe much to pasta. So, so much.
For those of you that follow the blog or even if you are a casual observer, you probably have quickly realized that food is a huge part of my daily life. Everything about it makes me happy and it's also part of where I come from.
Almost everyone in my immediate family was at one point or still is in the restaurant business. So, it may come as a bit of a surprise to know that when I was a wee lad living in Greece I was an extremely picky eater. I hardly ate anything...So much so that my mother took me to see a doctor because she was concerned about my weight and health since I would consume almost nothing.
It went down something like this.
MOM (imagine the Greek Mediterranean drama here. She was very theatrical.):
He hardly eats anything....How is that possible? What do we do? Everyone in his family eats, we eat it all....No one's picky! Why is he picky? Why?
DOCTOR: Does he eat something?
MOM: He will eat occasionally but it's only pasta and plain filo dough. He won't have fish, soup, lentils, salad, meat, yogurt, anything... It's not right! Who doesn't like olives? I'm worried. Even when he does eat, it's not often.
DOCTOR: Well, he'll eat everything else when he wants to. He'll eat when he's hungry. You have nothing to worry about.
That was it. This did not go over well and if my family could have afforded to, they would have gotten a second, third and as many other opinions as possible until some doctor could "do something." Maybe there was a pill they could give me or even if the doctor would look deeper into my ears or down my throat he'd realize that YES, there was something that was obstructing my desire to eat everything and anything. Well, the desire for that would come soon enough, but in the meantime...when I would decide to eat something, it was pasta.
Fast forward many years later and now there wasn't a food item I didn't want to consume. Problem was, I couldn't afford to do so. Out on my own and pretty much the definition of a "starving artist", pasta was what I could afford.
The dollar store near my apartment sold the low grade stuff, 3 boxes for 99 cents. The quality didn't really matter but the fact that it was filling did. I would have it for breakfast, lunch and dinner. No sauce, no oil, no cheese, just salt and pepper to give it flavor. It was dry but filling and cheap. The money I would save could afford me the opportunity to take the bus to work and class. At the time, I was happy to be on my own and eating even the sparsest of semolina product was "good times." 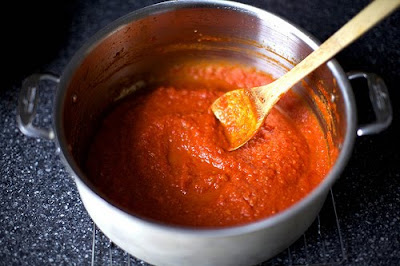 You would think that so much durum wheat consumption would sour me to it's ways. Alas, I still love the stuff. I order it when I'm out, I make it at home and I have embarrassingly turned into somewhat of a pasta and sauce snob. Life is odd.
I no longer eat it plain and simple recipes like these, make my dear old friend enriched macaroni....sing!
Enjoy.
-angelo
Posted by angelo at 2:10 AM

I love the scene between your mom and the doctor.

And at the moment, even though dinner is many hours away, I'm quite sure you've inspired me to make carbonara tonight.

Is the teleporter back from the shop?

What a great story. Thank you for the recipe.

Great story. I am going to be making some fresh plum tomato sauce this evening. Thanks for the inspiration.

And the memories . . . of turning up my nose at my grandmother's homemade meatpies, grapeleaves, kibbi, tabbouleah, etc. All we wanted was Twinkies.

What a great and cute story!

I must confess, I have never acquired a taste for Olives but oh how do I LUV Pasta and Sauces ... "let me count the ways". :)
HAVE A GREAT EVENING ANGELO.
-Brenda-

that looks delicious. i love pasta too.

Mmmmmmmm. Now I want pasta and it's only breakfast time.