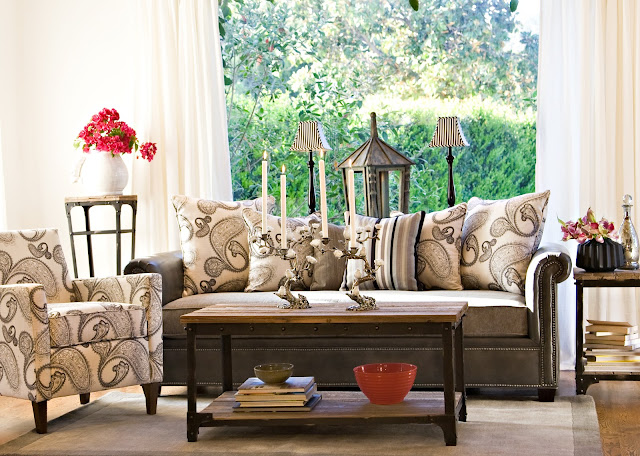 In my line of work there's a lot of explaining.

I'm a visual person through and through. Always have been--it's just the way I'm wired. Words never seem to be at the ready for me as easily as my mental images. There's a struggle with what's going on in my head with how that is being projected from my mouth. Some that know me well, would say it's a struggle that my mouth is the obvious loser in. I can't argue that point.

It's not a unique situation, but every once in awhile I run into someone who has the ability to seamlessly marry their visual proclivity with the spoken word. I marvel at their superhero-like qualities, then mumble something in their direction that is meant as a compliment, but usually comes out sounding like the word combos of someone coming off of pain medication. Good times. 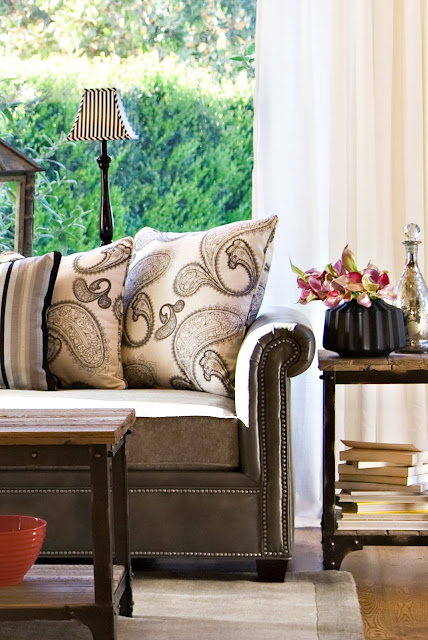 So, when I am designing a new collection or trying to put the pieces together in a photo shoot I'm usually not the most articulate person in the room. My manufacturing partners aren't always fully understanding what I'm talking about when I start stringing words together about colors, patterns and materials I'd like to use. My need to over explain in visual form, doesn't help matters much. Then, on set, I go into a trance like head space of moving furniture and flinging accessories, that when I do speak to someone about grabbing  a curtain rod, it sounds like early caveman speak, "You. Get rod. Bring me to with fabric thing." Sometimes it's as eloquent as grunting noises in the direction of the object I am trying to speak about. How was I ever on TV? I know. We have all asked that $10 question.

It was worse when producers wanted me to work from a written script of "reality speak." They would try to write in my voice, but it usually sounded like the SNL version of what I would say. So, I just ramble (or grunt) on trying to explain the visuals that are flying by in my head.

When we did this photo shoot for my new full sized, no assembly required sofas, it was a lot of the usual point and grunt--But, it was fun. The usual suspects were present and since we are all familiar with each others ways, the short hand is a great relief. All the pieces came together along with a fantastic home that acted as our backdrop. You can't fake location. Well, you can--but it's not the same.

The space we shot in is a beautifully restored Southern California Spanish style home, and everything about it was warm and inviting--from the homeowner's and their family to their very friendly, yet laid back dog Lizzie.
Lizzie and I had great conversations. I pointed a lot to stuff and she got 'em.

Go forth and design well. -angelo 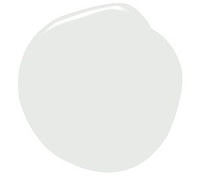 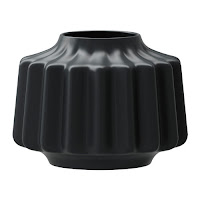 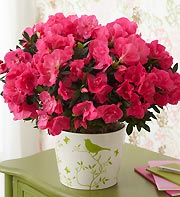 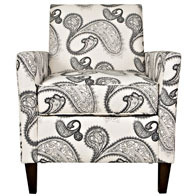 This is such a funny and accurate description of many creative people I know. I am one for words, unless it comes to landscaping. Then it's trying to relate what's in my mind and my mouth can't work that fast (an anomaly in any other situation). Great post and beautiful new sofas!

Indeed. That translation is often tricky.

Calls to mind this cartoon: http://bit.ly/HphBbK