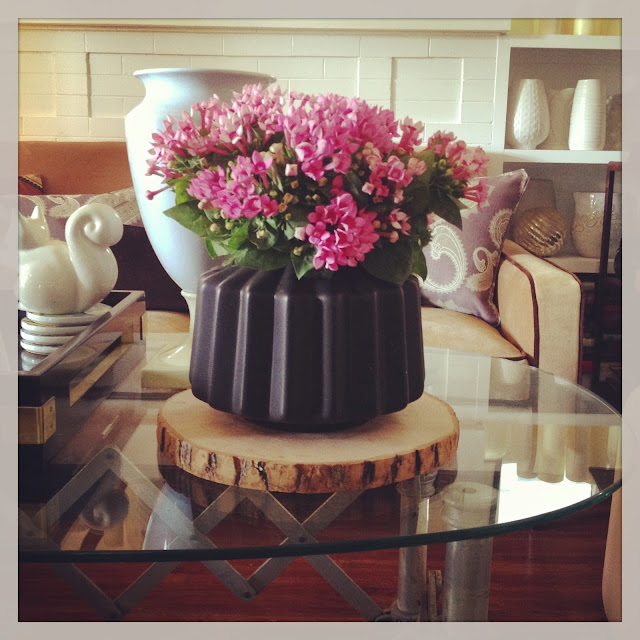 Yesterday was a crappy day.

I would use the words that were flung about less than 24hours ago, to fully describe it, but that would be inappropriate and knee-jerk reactionary.

Let's just say, you know what I'm talking about.

You've had one of those days. You may be having one right now.

The kind of day where not only everything that can go wrong--does, but the stuff you don't anticipate blowing up--does.

How do you handle that kind of day?

Do you address everything that is blowing up head on?

Do you run from it?

I wanted to do both.

And neither would have been the "right" thing for me to do.

Addressing the issues in the moment would have meant that I would have lead with emotion/rage/disappointment.

If I ran, like say--away to Paris. For a month. Ok, maybe for a year--that would have not resolved the issues, it would have delayed the inevitable.

I'm sure the neighbors thought that I was either watching "Who's Afraid of Virginia Woolf?"  reeeaaally loudly, OR that I am insane. I'll let you debate that.

In my re-hashing and re-working of the day's events, I came to several conclusions. Most of which I will not bore you with, but the one that kept circling was that I am at fault. I set myself up to be "surprised" because I have different expectations than what I know to be possible.

My reaction should have been, "There it is."

Liz Lemon (Tina Fey) is speaking at an ex-boyfriends wedding. She is desperate to find someone "normal" and not settle. The guy that keeps appearing in her life is all about "the settle."  Then, she sits next to someone who seems normal. She lays it all out on the table with him, and then.....There It Is.

That SHOULD have been my reaction to everything that was happening. Of course. Why was I surprised? I knew that this was coming, but I expected more. Better.

I thought that at this point in the game--logic, big picture thinking and long term goals would all be taken into account, since they have all been discussed and "understood." Multiple times.

What I failed to understand is that they were understood---by me. That's it. I was the only one hearing it and fully understanding it. Even though past experience had shown me what would happen, I had fallen for my own story and believed that I was actually making a difference.

The Scotch and hot dogs last night (nothing but the best) helped. And putting some inexpensive Bouvardia Flowers in my favorite Ikea vase also helped.

But, today is better because I am one step closer to truly believing that you can't change someone else's point of view just by speaking. They have to be open to that, and THAT you cannot control.

That doesn't mean you have to settle, but you have to listen. Especially to the unspoken. Really listen, because it gives you so many insights into what you can truly expect.

So, when you get the "plushies" response, you can say---"There it is" and have a hot dog.

Just look at them, smile, and say "Bless your heart", and walk away.

Sounds like my Monday. Lol. My stress relief is to cuss like a sailor--in private. Then, I went to Starbucks and bought a chai latte. A venti.

You do make a difference. All the time. Don't take the blame for others lack of accountability.

When I worked in corporate America, the mantra was to "meet or exceed expectations" in and out of work. They may have used it to excess, but it is the right ethics one should have. I still do believe and practice it.

So sorry! But glad things got a little better the next day (personally I would have gone for Option B: Fly to Paris but I'm wussy that way.
David

I don't drink, but I'm so having some hot dogs! Here's to you, Angelo and poo to crappy days and those who don't get our vision!