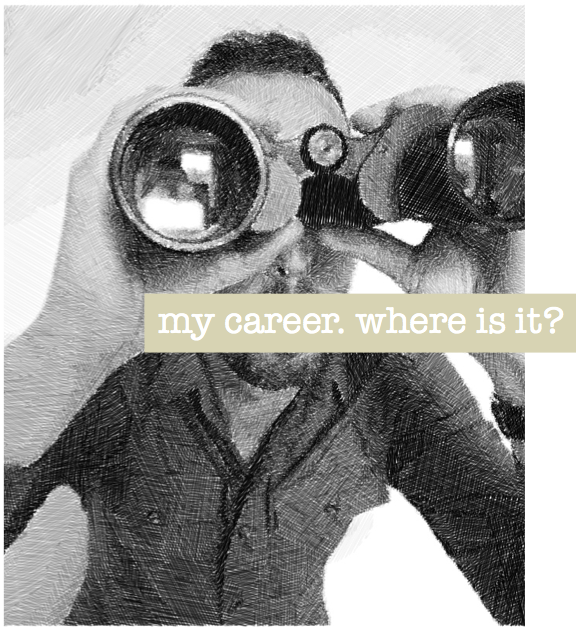 Being an architect was my "fallback" career.

My family frowned upon doing anything that didn't have some sort of structure or the appearance of normalcy to it. So, the idea of working in theater, film and television seemed too disorganized and "sinful."

I would sneak off to high school play practice and when performance night came, I was off to school for an "architectural lecture."

The thing was, I truly was interested in architecture and if I had to give up the floopy fine arts that I was into, then architecture was a good fall back career choice. I lived in Chicago, they land of awesomeness in all things architectural. Also, I could spend hours just walking around looking at buildings.

Problem number one:
I spent the first couple of years studying math. I don't get math. When were we going to design stuff? That's all I wanted to do. Surely there had to be somebody else that could figure out how to make the structure not fall over.

Problem number two:
As one of my teaches said, "You design beautiful buildings that could never live in the real world and I have a feeling that design by committee may not be your strong suit."

What gave me away? Was it my general disregard of other's design ideas when we were partnered for group architectural projects? Or was it the fact that when I politely smile and nodded at the suggestion of smaller windows by one of fellow student, I went ahead and made them bigger.

Yep, I didn't want to design by committee. If I was going to fail, or succeed, with a design idea--I wanted to fully embrace it. Even the failure.

I did embrace the idea of "back to the drawing board" literally and figuratively.

The search for my career began.

I looked with fondness at all my fine art class choices and tried to make them mesh into some sort of career. Maybe I could do collage work on the streets of Paris. How about structural anatomy charcoal sketches on the sidewalks of Michigan Avenue? No working on pencil and gouache canvases in Central Park? It was not a successful mashing.

At one point I was working in a beige, plastic cubicle in Orange County, Ca. hand applying camp site logos onto company brochure layouts and ads. Eight hours a day. Seven days a week.

There had to be something else. And there was.

There were the failed associate art director positions, the urban planning map rendering fiasco (I think I miscalculated the size of certain curbs) and many, many more. Most of these jobs were fine. Great actually. For someone else.

They had the kind of structure, office politics, math, committee made creative decisions and cubicles that somehow made me operate as if the inside of my head was filled with Skittles and Oxycontin.

Interior design or decorating never really stuck as a way to make a career. It's something I just did for others. For free. It was fun and I loved it. It couldn't be a job.

Interior design was something I noticed with the precision of a surgeon every time I watched a movie or television show.

I'd drive my friends nuts by saying things like, "Why would Sandra Bullock's character have that kind of end table? Especially with that sofa. It doesn't seem right to the story OR to who she is. Plus, she'd never have that accent pillow. Maybe someone gave it to her and she's too nice to get rid of it. Hmmm, why wouldn't she at least put in the closet?"

Setting, environment, story, are all connected.

Not just on screen, but in our own lives.

When my friends asked me to re-do their places, I wanted more than just to give them pretty rooms. I wanted to give them a place that told their story, along with their dreams and future stories.

I had to be beat over the head, countless times, by close friends that THIS was my career. It wasn't just design, it was set dressing for real life.

Now, my fallback career and so many other roads I've been on inspire every delightful design decision. 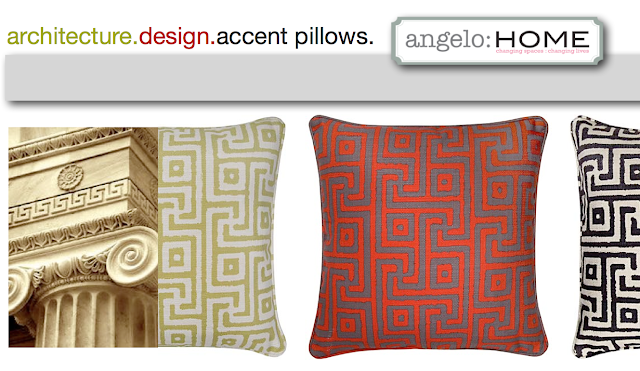 I love "Why would Sandra Bullock's character have that kind of end table?" Priceless.

And I so understand the bewilderment about the math and believing that "surely there had to be somebody else that could figure out how to make the structure not fall over."

I had the same experience with pre-med: I wanted to be a doctor. I had no earthly idea why I had to study physics before anatomy.

I am so glad your "fallback" career isn't your chosen career. Your designs inpire others to make their rooms have personality which reflect themselves. I'm sorry I always gush like a huge fan, but I am.

I was going to save the world in Washington DC as a lobbyist. Yeah, right. And, I worked at a bank to satisfy my blue collar father's demands that I work there. Nearly killed me.

I have a more creative brain. I have 170+ pages written of a novel that may never be published, but that's my dream.

I finished upcycling my antique Victorian trunk. Thank you for the inspiration! I lined the interior with brown-on-brown damask. **But, my boys, being boys, want to fill it with "treasure" and bury it in the back yard.**

Beth- You are a cookie doctor! And a damn fine one. Amongst other amazing talents.

Denise- Thank you. It makes me happy to know that you are working on your dream. It's one of the most important things in life. It's one of those things that is uniquely you and you should never give up on it. Congrats on the trunk! I love the interior damask.

Denise: There's no reason your novel can't be published if you want it to be published. Even if a traditional publisher doesn't buy it, you can self-publish it. You need no one's permission but your own.

if it's meant to be, it will happen.

Excuse me for a moment, Angelo, while I take over your thread to discuss publishing:

Reader's Digest version: Self-published her novels, sold more than a million copies, ended up with a four-book deal with St. Martin's Press worth ... TWO MILLION DOLLARS.

Street cred, schmeet cred. Get your work out into the world if you believe in it.

P.S. And I will take my own advice.

I understand your point. She's the exception to the rule. I need to finsh and polish the book first. I need to at least query mainstream publishers.

I won a small writing contest a few years ago. And, I've had a few published authors give me honest and positive feedback on writing samples. The authors have MFAs and have taught. So that gives me hope. Was it Claire Cook who wrote her first novel at 45 while sitting in a minivan? Five years later MUST LOVE DOGS was a hit movie based on her book.

Apologies for droning on. Dangling prepositions. The dream is there. I know it won't be easy. However, success will be a sweet reward for the hard work.

Beth write your cookbook or whichever genre your book will be, I'll write mine, and we'll hijack angelo:Home for a book signing.

Ladies- Get to it. Write those books and the angelo:HOME store is all yours for book signing and such. Go forth and write!

I love this thread!

Denise, by all means, query the publishers first if that's your dream. I just don't want you to let another person be the deciding factor on whether your work is published. Especially now that we have the means to publish otherwise.

And thanks for playing along, Angelo! You're a fine cheerleader!

Chiming in late... far, far behind in my blog reading! Angelo - I so love your stories. Thanks for sharing them.

Thank You, Dawn! Have a wonderful weekend...